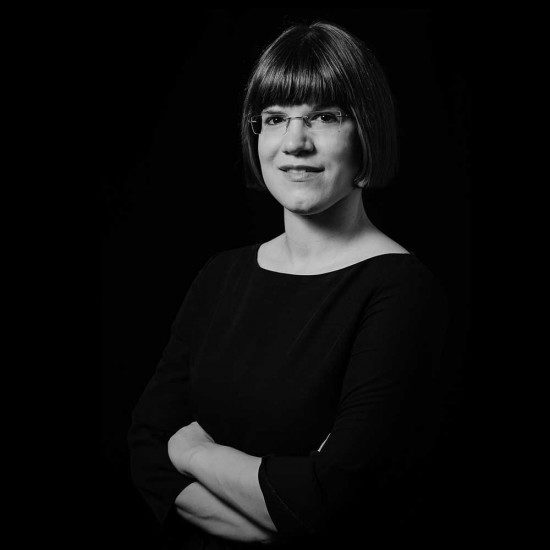 Taxation of capital income in Germany

The Federal Finance Court confirms with regard to fund income from third countries the constitutionality of the flat-rate taxation according to Section 18 Par. 3 S. 1 and S. 4 AuslInvestmG [Foreign Investment Act]

With the judgement of 28 July 2015, file no.: VIII R 2/09, published on 9 December 2015, the Federal Finance Court (BFH) confirmed the constitutionality of the flat-rate taxation according to Section 18 Par. 3 Sentence 1 and Sentence 4 Foreign Investment Act (AuslInvestmG) limited to its field of application of income from investment funds with the registered seat in a third country. The Federal Finance Court states that the standard with regard to third country funds neither breaches the general principle of equal treatment of Art. 3 Par. 1 Basic Law [GG], nor does the flat-rate taxation lead to an excessive taxation which breaches Art. 14 Par. 1 Basic Law.
END_OF_DOCUMENT_TOKEN_TO_BE_REPLACED

According to reports of the NDR, WDR and the Süddeutsche Zeitung the focus was supposed to have been placed in particular on customers of the Luxembour bank in Rhineland-Palatinate, the Saarland and North-Rhine Westphalia with a monetary investment of more than EUR 300,000 in the Grand-Duchy. The searches should last the whole week and more than 150 investigators should be in operation. There is also a threat of further customers being visits by the tax investigators. In total the Public Prosecutor’s Office in Cologne is supposed to have documents in its possession for more than 54,000 German customers of this bank. Due to a mistake of the seller the investigators are said to even have received the information free of charge and did not have to pay the record price in the amount of EUR 5 million. We will be pleased to be available to you as a contact if you were affected by searches or you fear that you will belong to the group of customers.
We will be pleased to examine whether a Voluntary Disclosure can be taken into consideration still in an individual case. We will also be available to you as experienced counsel in criminal proceedings. With our lawyers and tax advisors we offer you comprehensive advice.

Group enquiry of the Dutch tax administration to Switzerland successful

According to its notification of 27 October 2015 the Swiss Federal Tax Administration (ESTV) approved a group enquiry of the Dutch tax administration (Belastingdienst, Central Liaison Office Almelo, the Netherlands). The individually substantiated conclusive decrees can be viewed directly at the ESTV (Eigerstr. 65, 3003 Berne, Switzerland). These conclusive decrees contain further explanations regarding the admissibility of the group enquiry and can only be viewed by the persons concerned.

What are group enquiries?

Group enquiries concern requests for mutual assistance, with which information is requested concerning several persons, who can be identified based on precise details. These do not have to refer to a specific individual case – as customary so far according to the administrative assistance clause. A group must rather be sufficiently definable owing to specific details. The individuals concerned themselves however do not have to be identified. These do not even have to be known to the requesting authority.

Group enquiry of the Dutch tax administration: Which account holders of the X-Bank were requested to prove proper taxation and did not provide this proof however?

The Netherlands made the following group enquiry on 23 July 2015.

The group must have fulfilled all of the following criteria from 1 February 2013 to 31 December 2014:

Excluded from the transmission are accounts:

Art. 1 Par. 1 of the Swiss regulation concerning the international administrative assistance in tax matters (Tax Administrative Assistance Regulation, StAhiV) envisages that group enquiries are principally permitted for information about facts, which relate to the period of time from 1 February 2013.

Austria thus failed with a group enquiry of 16 December 2014 to Switzerland, with which all “parties who have sneaked out” should be identified, who between the signing of a compensation agreement between Austria and Switzerland on 13 April 2012 until the entry into force of this agreement on 1 January 2013, removed their financial funds from Switzerland. The period of time was before the relevant key date of 1 February 2013.

As opposed to this the Swiss Federal Court declared a group enquiry of the United States of America to be admissible in its decision of 5 July 2013 (file no.: 2C_269/2013), which also related to periods of time before the afore-mentioned key date. Accordingly a request for mutual assistance supported on Art. 26 DTA-USA 96 is to be entered into if the presentation of the facts is given with sufficient detail in order to produce a suspicion of fraudulent offences, etc. and to enable the identification of the wanted persons. The request for mutual assistance was accordingly covered by Art. 26 DTA-USA 96 irrespective of whether the persons were named. Consequently, deviating provisions of the agreement that is applicable in an individual case will have precedence over the Tax Administrative Assistance Regulation (Art. 1 Par. 2 Tax Administrative Assistance Regulation).

Ban on the so-called “Fishing Expeditions”

Nevertheless it remains to be observed that unfounded investigations, so-called “Fishing Expeditions”, are not permitted without sufficiently determined indications (e.g.: “all customers of a bank in the state X, who have their place of residence in the state Y”).

Specific features must always be connected with tax evasion.

Of course in an individual case a delimitation between an inadmissible investigation for proof and an admissible group enquiry cannot always be carried out in a clear cut manner.

Therefore, an examination and, if applicable, also the filing of a legal remedy can be all the more important.

There are various possibilities to react to an admissible group enquiry.

There is further the possibility to approve the sending of the information to the requesting authority within the framework of the so-called simplified proceedings.

If no approval is declared then the ESTV will issue a conclusive decree. If this cannot be served in the absence of a transmitted address then this will be notified without naming the persons concerned  by a notification in the Federal Gazette (Art. 14a Par. 6 Sentence 1 Tax Administrative Assistance Act).

The legal remedy of an appeal can be lodged against the conclusive decree at the Federal Administrative Court with a period of notice of 30 days. The deadline will begin to apply on the day after the notification in the Federal Gazette (Art. 14a Par. 6 Sentence 2 Tax Administrative Assistance Act)

Outlook
In view of the introduction of the automatic tax information exchange it remains to be seen which implications this development will have for Germany. In any case a sample is now available for a group enquired approved by the ESTV. It is to be assumed that further states will now send group enquiries to Switzerland according to the Dutch sample. Group enquiries represent an efficient possibility until the introduction of the automatic tax information exchange about financial accounts (AIA) and implementation of the Common Reporting Standard (CRS) to obtain tax-relevant data in a simple and at the same time very numerous form. Therefore, an immediate need for action is required for customers who are not yet honest with regard to tax. The risk of the discovery of an offence is increasing consistently. Our lawyers and tax advisors will of course be pleased to be of assistance to you and your customers for advice in an individual case. Disclaimer: The information contained in this Newsletter concerns non-binding information. The Newsletter should draw attention to current topics in selected fields of law, e.g. of commercial and tax law and provide initial orientation. This cannot replace legal and tax advice. The Newsletter is prepared with the greatest possible care and attention. Nevertheless, no liability can be assumed for the contents. We will of course be pleased to be available to you for further questions and for concrete advice in an individual case.